The Kite Hill Brewing taproom features 16 taps with fresh beer brewed on site.
The comfortable taproom overlooks the brewing operation, with a roll-up door opening onto a patio and spacious beer garden with lawn games for all ages. 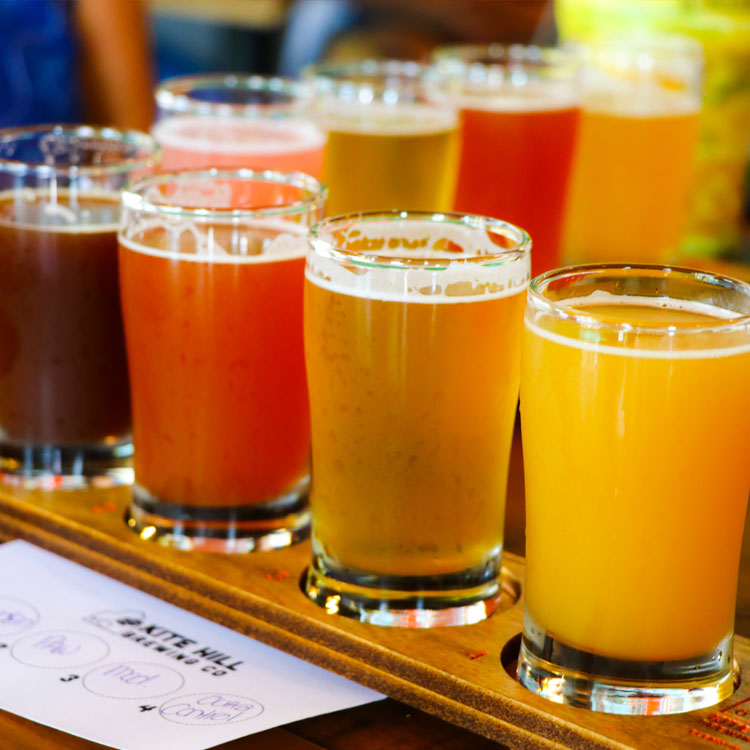 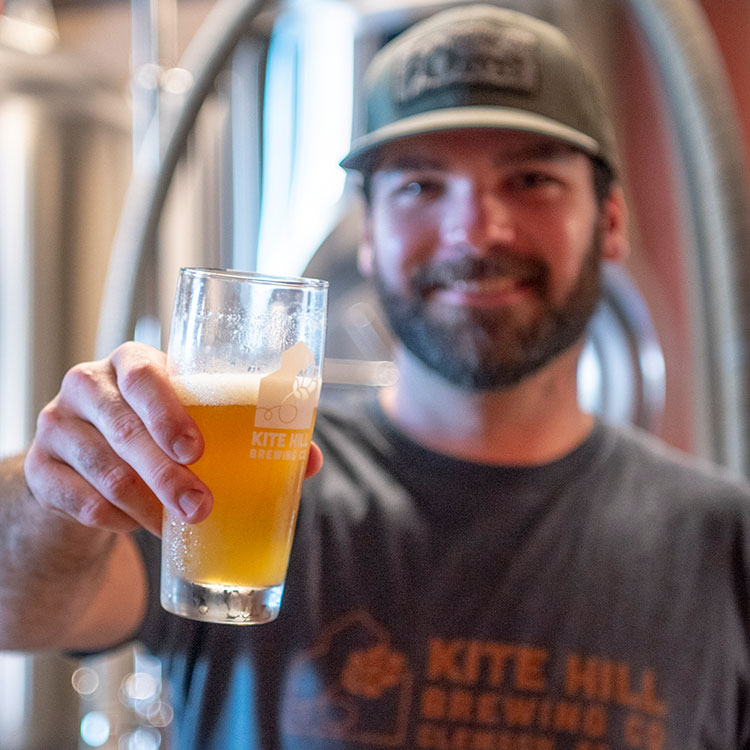 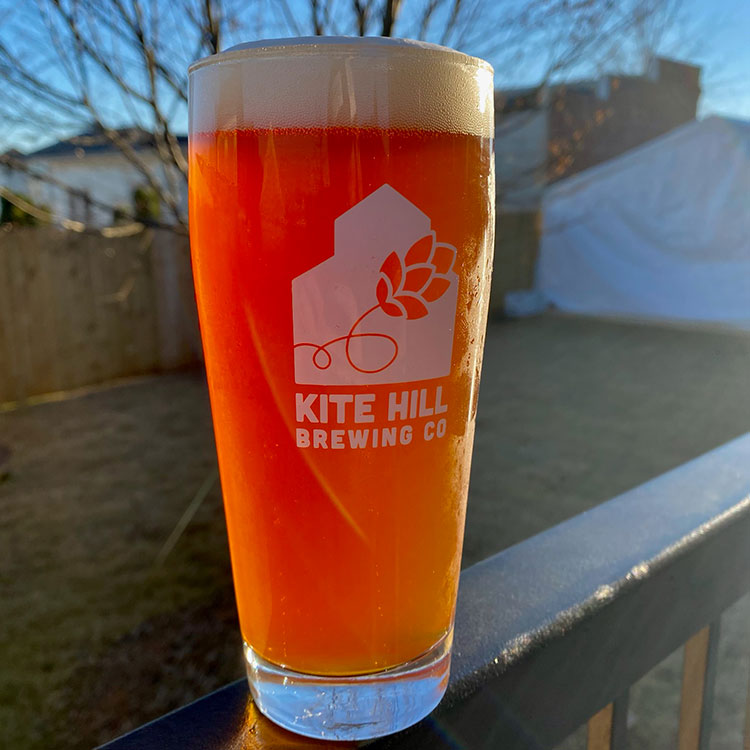 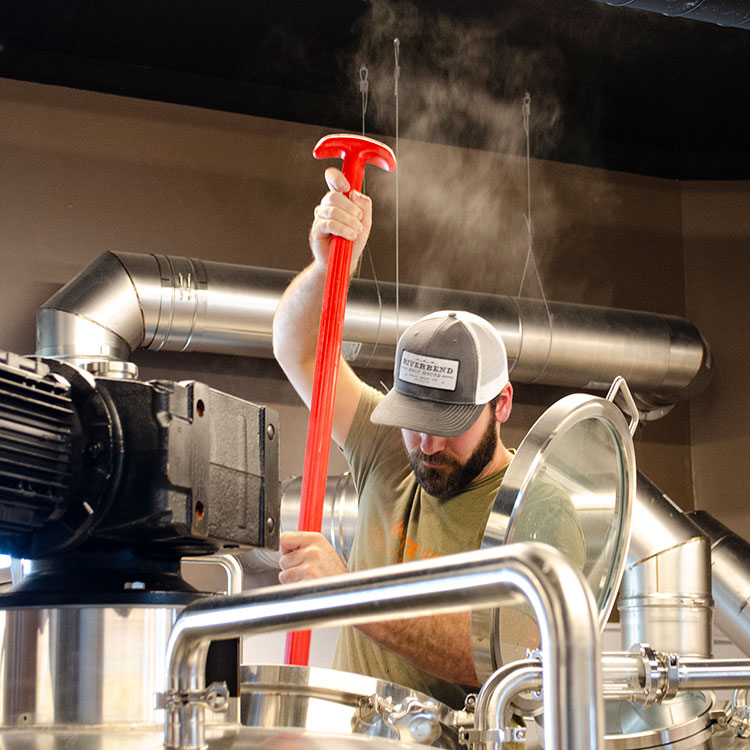 Premium American Lager
5.9% ABV
Brewed with high quality malts from Riverbend Malt in Asheville, this clean and clear lager is given a touch of sweetness from our use of Riverbend’s Bloody Butcher corn.

Hard Seltzer
5.0% ABV
Need to be reminded of the summer? Go for a Spray Tan. Hard seltzer with passionfruit, orange and guava!

Something in These Hills

German Pilsner
5.8% ABV
Our North German style pilsner, hopped entirely with Saaz and lagered for over a month. This unfiltered light beer features a biscuity malt with a pleasant finishing hop bite.

Bring Your Own Haze V.6 IPA

Fruited Sour
6.1% ABV
Loaded up with blackberry puree, with a bit of lactose for body and cinnamon and vanilla for complexity, this tart little sour ale reminds you of a slice of blackberry pie, or perhaps some adult Sweetarts in liquid form.

Winter IPA
7.3% ABV
A winter IPA brewed for drinking in this cooler weather. Matlier than a standard IPA, and hopped aggressively with Cascade, Centennial and Simcoe. Nicely balanced.

That Girl from Alsace

A refreshing pilsner using Mistral hops from the Alsace region of France. This lager showcases aromas of sweet lemon rind and fresh bread, with a delicate floral/citrus flavor and light minerality.

Pale Ale
5.8% ABV
You know you’re home when you see the paws in the road. A balanced pale ale brewed with Simcoe and Amarillo hop varieties.

Carolina Common (Steam Beer)
5.0% ABV
Brewed with our friends at Sideways Farm and Brewery in Etowah, NC and Burning Blush Brewing in Mills River, NC, this unique style is a twist on the California Common style made popular by Anchor Steam. Ginger snap and honey malt flavors balance an assertive bitterness.

West Coast IPA
7.4% ABV
Our flagship west-coast IPA brewed with Citra, Centennial and Simcoe. Clear and bitter like they used to be.